“We believe in the sanctity of life, from conception to natural death.”

As a Catholic, I see or hear that statement quite often.

It is our pledge to defend life, with emphasis on protection of the unborn and the elderly. Those are the two most vulnerable and unprotected segments in our society and it is right that we emphasize those most at risk.

But what about all those lives in between, those millions of lives between the unborn and the elderly? What about the people we see and interact with every day? Do we believe all of these people are sanctified lives?

And, my personal favorite,

In all of these cases and in so many others, do we live up to our creed? Do we see a sanctified life?

I began attending St. Patrick Catholic Church in the early 1980s when I was a relatively young man. We went to Saturday night Mass a lot during those early days and that was my first memory of Mr. Norman Gugliotta.

Mr. Norman was a gruff, ornery old man. Every other word was “hell” this and “damn” that. He was a very good friend of my father, Louis N. Muro, but I didn’t think much of him. I was young and had so much going on and an old man like Mr. Norman was of little significance to me.

Mr. Norman’s coffee was often a topic of conversation. It was never good. It tasted very strong and stale and it was one of those things that everyone knew but just considered part of coming to Saturday night Mass. The story I got was, “Well, you know, Norman gets to the church at 2 o’clock and he makes the coffee when he gets here. So the coffee’s been sitting here all day.”

I grew up in Forestdale, a suburb of Birmingham, in a nice house on a dead-end street. As we were growing up and even after we all left home, one of the constants at our family home was “the wall.” Our driveway was always too narrow, which led to “the wall” being hit many times down through the years. It used to drive my father crazy. “So and so hit the wall,” he would tell me. Or, “Don’t hit the wall when you back out.” Cars were a lot bigger in those days, making it much easier to hit the wall than it would be now with these smaller cars.

As a result of the constant pounding over the years, the wall always had loose bricks lying around and was always damaged in one form or another.

One Friday afternoon I stopped by my father’s house after work and I remember that it was a crisp, fall day. When I got out of the car I noticed the wall. It was beautiful. The brick work had been repaired and it looked like a brand new wall. I couldn’t believe how nice it looked, like something out of one of those home and garden magazines.

My father was in the front yard and we began talking about it. He also took me to the front porch, where the brick steps had also been restored to perfection.

I was curious and asked him, “Who did the work for you?”

“Norman came by and did it for me,” he said.

I paused and I was sure I didn’t hear my father right.

Incredulous, I asked, “Mr. Norman did that?”

He looked at me very seriously.

“What? Didn’t you know Norman was the best brick man in Birmingham?”

It’s hard to describe what happened to me at that moment. It was one of those moments in my life when I truly felt the Holy Spirit. It was like time stood still, a chill went through me, and all of a sudden I saw everything as clear as it could be.

I suddenly realized that Mr. Norman was not just that gruff, ornery old man at church. He was a husband, a father a grandfather. He had lived a life, a life dedicated to his family and his church, and his country. He had spent a lifetime toiling at his profession and was so good that he had a reputation, as my father called it, as the best in Birmingham.

Who was I? What had I ever done? Who was I to look at this great old man and see nothing of value?

I read about Guadalcanal in history books. Mr. Norman was on Guadalcanal.

That moment in my father’s front yard transformed me. It made me realize that everyone is unique. Everyone’s life is important and everyone has a story. I was ashamed of myself for having viewed Mr. Norman as just an ornery old man, insignificant, and I vowed never to do that with anyone again.

I got to know Mr. Norman very well in the years after that. He always had that gruff exterior but what I found was that he had a heart of gold underneath. It always tickled me the way my wife Brenda could always make Mr. Norman smile and when she did I would get to see that tough exterior disappear. I watched him spend his last years devoted to his family and his church, with a special devotion to the Priests and Sisters in our parish.

Mr. Norman was one of those people who was always doing something for somebody. That’s the way he was.

He was a man I came to admire and love.

My brother Ronnie tells the story about a nice surprise he received one day compliments of Mr. Norman. “Norman came to my house with my father one day while I was at work and fixed our steps,” he said. “He didn’t ask. Norman just saw them and came out one day and did it. He was a great man.”

Years later, when he grew ill, Mr. Norman had to move away to live with his daughter and I never saw him again. I would call periodically to check on him. His daughter would always say, “He misses St. Patrick so much.”

And I would always reply, “Not as much as St. Patrick misses him.”

One thing I have come to realize as I have gotten older is that we are all in this world just trying to make it. And 99.9 percent of the people in this world are good people.

“We believe in the sanctity of life, from conception to natural death.”

Next time, when we hear or speak that phrase, let’s mean it…not just for the precious unborn and for the sick and the elderly, but for ALL human beings, for ALL of us. 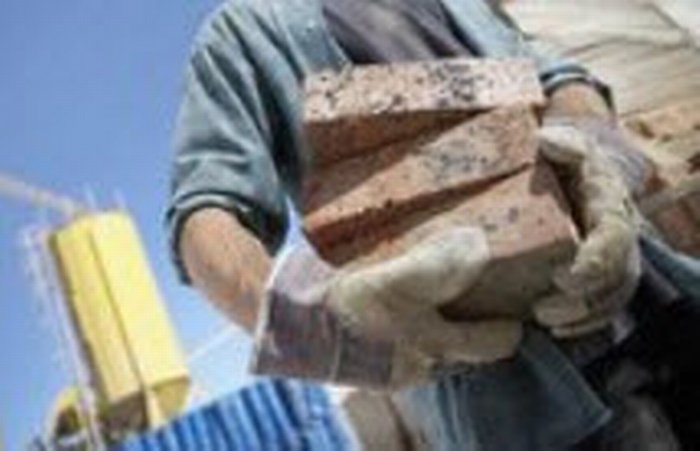 “Do nothing out of selfishness or out of vainglory; rather, humbly regard others as more important than yourselves, each looking out not for his own interests, but everyone for those of others.” (Philippians 2: 3-4)