After Daddy got sick in November of 1995, he had many trips to the doctor's offices for his gall bladder problems and his continuing heart problems. On this particular day, I left work, went to his house, and drove him to the doctor. I dropped him off at the door, since it was pretty cold, and went to park the car.

Well, this happened to be a pretty good day, and Daddy was feeling great. The doctors even agreed!  We actually got some good reports, so we were both feeling pretty upbeat as we left. Still, with the cold weather, I asked Daddy to wait at the door while I got the car. As I drove towards the entrance, I noticed the line of cars, and the little old people creeping towards or being helped to their cars. It made me sad to think that finally, the day had come that my Dad was one of those little old men.

He'd always been so active, right in the middle of all those backyard football and baseball games. As I waited in the line, I thought back on all the great times, and that just a few months ago, he'd quarterbacked the Labor Day football game. Now, I guess, he'd finally gotten old, and I'd have to get used to that. As I reached the entrance, Daddy pushed the door open, took a few steps, then broke into a trot! It was that familiar run with short little steps that I’d seen so many times before - running to first base to beat out a hit, or scrambling to avoid the rush. I couldn't believe it. Didn't he know he shouldn't be doing that? When he got in the car, I asked him, "Daddy, why in the world would you do that?" He just looked at me incredulously and said, "I just felt like it."

Just felt like it? I had to laugh. You see, nobody told Daddy that he was supposed to be one of those little old men. He still felt like a kid and if he wanted to run, by God, he would just run! No matter how old he got, he was always young at heart. That's the way he felt and that's the way he acted.

Sadly, we lost Daddy just a few short weeks later. What he left behind was a treasury of memories and lessons beyond measure. On this cold day in January, he taught me just one more: Now, when I get the impulse to laugh or jump or maybe even skip like I was a kid, I don't worry about it. If anyone asks … hey … I just felt like it!!! 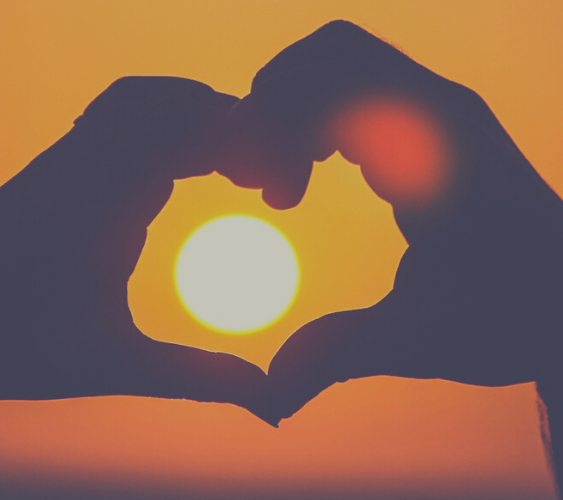 “Then he said:
I promise you this. If you don’t change and become like a child, you will never get into the kingdom of heaven.”