Editor's Note: St. Patrick parishioner Louis J. Muro wrote this story several years ago a few days after chairing the annual Knights of Columbus Tootsie Roll Drive. The drive is held annually by Knights of Columbus councils all over the world to raise money for children and adults with mental and intellectual disabilities. In this story, Louis talks about that weekend and how a contribution of one penny began a process of spiritual renewal inspired by the Holy Spirit. We hope you enjoy this "Story with a Purpose".

It all began with one penny.

I was anxious, excited and worried as I drove into the Wal-Mart parking lot on that late fall Friday afternoon. The long awaited weekend for the Knights of Columbus Tootsie Roll Drive to help the mentally challenged had finally arrived. As the first-time chairman of the drive and the person responsible for its success, I was worried. Would all the workers show up? In wake of the slowed economy, would people be willing to give generously this year as they had in the past? Would everything go smoothly without incident?

There were so many reasons why I was determined to make this drive a success. My father, Louis Muro, died in 1996. He was a man who loved the Knights of Columbus and he loved the Tootsie Roll drive. "You're not a true Knight," he said, "until you've worked the Tootsie Roll drive." Also, I was taking over as chairman of the drive from my brother Ronnie and I didn't want to disappoint him. Like my father before him, Ronnie has a great passion for the Tootsie Roll drive, for helping the less fortunate. We had great success stories with Ronnie as chairman. He would be a tough act to follow. 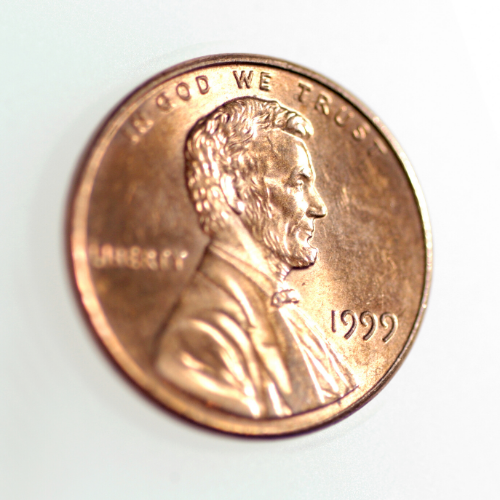 I was also motivated by the mentally challenged citizens themselves. I took a Psychology class in college and I will never forget my professor's words when he talked about people with mental disabilities. "The only emotion they know is love," he said. What a gift, I thought. God may not have given them some gifts, but He gave them the greatest gift of all, the gift of Love.

Finally, I needed the Tootsie Roll drive to be successful for myself. It was not the best of times for me. I had attended seven funerals during the previous year, including that of one of my dearest and closest friends. Also, while I had not lost my faith, neither did I have the passion for it that I once did. As a Tootsie Roll drive worker for many years, I always enjoyed it and it always uplifted me. I was hoping this weekend would provide me with both a mental and spiritual renewal.

As I got out of my car, I gave myself a pep talk. "We've worked hard to prepare for this weekend and the weather is great," I told myself. "This is going to be a great Friday and Saturday."

I opened the back of my Mazda Tribute to unload the vests, money buckets and tootsie rolls that I had carefully placed in the box designated for Wal-Mart. Oh those vests. They were bright yellow with big red lettering. I laughed "You can spot a Knight a mile away with that vest on," I thought.

After carrying the box to the front of the Wal-Mart building, I put on a vest, loaded the pockets with tootsie rolls and grabbed a money bucket. Even though the first shift workers had not arrived, I decided to go ahead and start collecting. I positioned myself outside the Wal-Mart exit door, as has been our custom over the years.

A few seconds after I was in position, the first Wal-Mart customer came through the exit doors. With a big smile on my face, I asked, "Would you like to make a donation for the mentally challenged?" He was a young man, probably in his early 20s. He didn't say anything and gave me a blank stare. He then reached down and spent several seconds digging through his pocket. Finally, his hand emerged. He positioned his thumb under his index finger and flipped a lone coin into my bucket. It was a single copper penny.

As the penny rattled around in my empty bucket, my heart sank. One penny. "So," I said to myself. "This is how it's going to be."

Almost simultaneously as the penny stopped rattling in my bucket and my negative thoughts were racing through my mind, a second person came through the Wal-Mart exit. Before I even noticed this person, I saw a dollar bill fly into the money bucket, resting comfortably right next to the penny. Immediately, my entire body began to tingle and I was almost overcome with emotion. I smiled. "The Holy Spirit would not let me get discouraged, not even for a second," I thought. In my mind, the Holy Spirit had just told me not to worry, that everything would be ok.

It was my job to coordinate the workers and make sure they had tootsie rolls at all our locations. As I drove around that Saturday, I thought about my father. I miss him terribly every day of my life. But on that Saturday, I felt his presence inside that car. He was there with me, working the Tootsie Roll drive again, just like he had done those many times during his life.

As a former Confirmation teacher, I was very familiar with the gifts of the Holy Spirit. I believed in its presence and the power of its gifts. But I don't believe I've ever felt it more than I did that weekend. At one point on that Saturday, I returned home to count some money. I opened the door, saw my wife Brenda, and almost shouted, "The Holy Spirit is alive and working in Adamsville, Alabama today." She chuckled. I was overcome with the Holy Spirit's presence.

Late that Sunday evening, I was exhausted after spending the entire day counting pennies, nickels, dimes and quarters. It had been a great Tootsie Roll drive and I had received my spiritual renewal. I sat back in my chair and looked at the money spread out over my entire desk. I thought back to Friday afternoon, to that first contributor, to that lone penny that had started it all. "See the miracle", I thought. That lone penny had turned into 2,250 pennies, 880 nickels, 1,100 dimes, 1,520 quarters, 1,376 $1 bills and several miscellaneous 5's, 10's and 20's. That one penny had multiplied and I thought again of the power of the Holy Spirit. It had all begun with just one penny. I thought about Jesus Christ and the story of the loaves and fishes. Retrieving a Bible, I located the passage in the 15th chapter of Matthew.

"Jesus summoned his disciples and said, "My heart is moved with pity for the crowd, for they have been with me now for three days and have nothing to eat. I do not want to send them away hungry, for fear they may collapse on the way,"

The disciples said to him, "Where could we ever get enough bread in this deserted place to satisfy such a crowd?"

Jesus said to them "How many loaves do you have?"

He ordered the crowd to sit down on the ground. Then he took the seven loaves and the fish, gave thanks, broke the loaves, and gave them to the disciples, who in turn gave them to the crowds. They all ate and were satisfied. They picked up the fragments left over - seven baskets full. Those who ate were four thousand men, not counting women and children."(Matthew 15: 32 - 38)

It all began with seven loaves of bread and a few fish.

On that day...for me...it all began with one penny.