It began with a single statement from Lou Colombo to Louis Muro. "Lou, you ought to start a Knights of Columbus Council at St. Patrick," Lou Colombo said.

The idea was born and Louis N. Muro turned it into reality. Armed with a notebook and a pen, Mr. Muro spent his time in the Fellowship Hall after Mass each Sunday signing up prospects for the "New Councl" as he called it. As a longtime member and Past Grand Knight of Council 4304 in Birmingham, Mr. Muro knew what a great Knights of Columbus Council could do for its parish and its parishioners.

The response was overwhelming and it didn't take long for St. Patrick to have its own Knights of Columbus Council, number 10567 in the long line of Councils born in the name of founder Father Michael J. McGivney. For his efforts, Mr. Muro was honored with the "Proposer of the Year" award for the state of Alabama.

Sixty-two men were present in the St. Patrick Fellowship Hall on March 17, 1991 (St. Patrick's Day believe it or not) for the First Degree ceremony and the Council was born. Mr. Muro served as the Charter Grand Knight but soon gave way to John T. Majerik, Council 10567's first full-time Grand Knight.

There is no way to measure the impact that Louis Muro's idea has had on St. Patrick and on the lives of its parishioners. Since that first day in 1991, the men of Council 10567 have performed hundreds of service projects and distributed thousands of dollars to good causes. They have exemplified characteristics as Catholic men that would make Louis Muro proud. 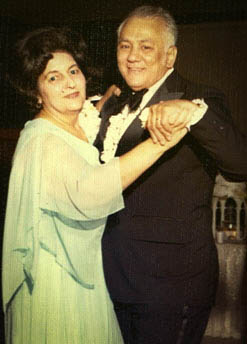 The Birth of the Order

Listed below are the names of the original 62 members of St. Patrick Knights of Columbus Council 10567.