A Journey to the Eucharist

Editor's Note: In this story with a purpose, St. Patrick parishioners Brian and Suzanne Noon share their long but ultimately glorious faith journey with us. Their story is dramatic and interesting and God Bless them for sharing it.

At the time they met, they had both been in previous marriages. Brian was raising his son Anthony on his own while Suzanne was raising her daughter Carrie as a single mother. Both Brian and Suzanne were cradle Catholics but they left the Church in their late teens. For the couple the church was a life line to their troubled pasts and provided a source for healing. They learned the Word of God and studied scripture.

Brian and Suzanne were married in 1997 in the same protestant church where they met and both served the church in leadership roles. Brian was the church’s Head Deacon and Suzanne was a Deaconess. Brian was on the Board of Directors. This was a church that moved in the Gifts of the Spirit, Prophecy, praying in tongues, and words of knowledge. Everything seemed to be good and life had meaning again.

It was in late 1998 that the Youth Pastor at the church did something terrible and criminal to a member of Brian and Suzanne’s family. The details are not necessary but suffice it to say that it was bad. This episode rocked Brian and Suzanne’s world. People they believed were so faithful and upright had destroyed them. 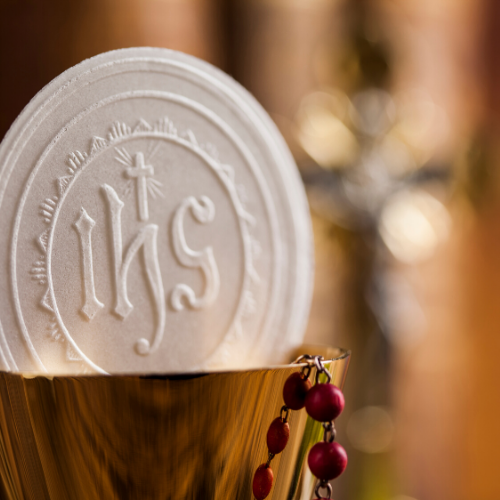 Eventually the couple was ostracized for not being able to forgive a brother. Brian and Suzanne were thought of as “goats” among the true “sheep” and soon were run out of the church. The Pastor who helped cover up the crime never talked to them again. They became disillusioned with Christianity. All they knew was that Jesus was who He said He was, the Son of God, their Savior.

Brian and Suzanne moved from their home in Redford, Michigan and left the protestant church they had attended for many years. They began to search for a church that could minister to their needs finally settled in a protestant church in the town of Ypsilanti, Michigan where they were now living.

Brian and Suzanne were welcomed with open arms by the leadership of the church. They began to heal from their traumatic experience that left them very leery of trusting again.  Soon they began to help in the youth ministry as well as prayer groups. Brian took on some ushering roles working closely with the Youth Pastor. This was a church that operated in the Gifts of the Spirit, Prophecy, praying in tongues, words of knowledge. This was the same style of church they were accustomed to, moving freely in the spirit. But there was something missing. Things were not the same and Brian and Suzanne wondered if they ever would be.

On his way home from work one day, Brian was looking for something good on the car radio. He came across a familiar voice that was associated with a Christian radio station. The radio show host, Al Kresta, was a man who had much wisdom and spoke about issues that matter as well as current events. As Brian began to listen to Al it was soon evident that this was not just a Christian radio station but also a Catholic radio station.

When he arrived home Brian told Suzanne about hearing Al’s voice on the radio and finding out that he was on a Catholic radio station. The conversation was something like, “What happened to Al? Catholic radio?”

Little did Brian know how far along Suzanne was into tracing back her faith to the Catholic Church. Suzanne was soon reading, listening and consuming anything Catholic she could get her hands on. Early church fathers, apologetics, you name it and Suzanne was reading it. Brian remembers one day coming home to a very large box stuffed with books and tapes. Suzanne had learned much about the faith in a short period of time. She had gone to Catholic school for most of her school years but never remembered being taught the things she was now learning.

Brian and Suzanne had planned to attend a prophetic conference in Charlotte, North Carolina in late summer of 2001. At the time Suzanne had started to attend Mass without Brian knowing about it. During the first night of the conference, a Friday, Brian could tell that Suzanne was not very interested in the speakers or engaged in any way.

On Saturday morning Brian and Suzanne went to pick up their son Anthony, who was now in the Air Force and stationed in Pope Air Force base. The drive was about three hours one way. It was during this drive that Brian began to really question Suzanne regarding the direction she was going in her faith. Brian was very upset to learn that Suzanne was going back to the Catholic faith. To him she was leaving her “gifts” behind and going back to a faith that was labeled in their circle as the “Whore of Babylon”.

Brian thought Suzanne was crazy and their discussion became very heated. The end result of the discussion was that Suzanne would go to the Catholic Church and Brian would be staying with the protestant church. For the remainder of the conference Brian and Suzanne, for all practical purposes, were not there. They were there physically but not mentally or spiritually.

Their son Anthony knew something was wrong and Suzanne explained to him as much as possible the direction she was going in her faith.

So Suzanne would attend Mass and then after Mass join Brian at the protestant church. This arrangement continued for about four weeks.

Then a startling thing happened.

One Sunday Brian was sitting in church listening to the pastor preach and it hit him like a ton of bricks. He thought to himself, “I don’t believe a word that this man is saying”.

Brian began to feel very uneasy, even mad at times, doubting every thought the pastor was trying to convey. Suzanne came in to join Brian in the middle of the preaching and, being respectful, sat a few rows behind him so that she wouldn’t disrupt the service. Brian sensed that Suzanne had come in and turned around to see where she was. He got her attention and she moved up to the seat behind him. Brian told Suzanne, “I have to get out of here NOW.” He had become so agitated and uneasy. They left the sanctuary and Suzanne asked what was wrong. He explained how he felt and that he wanted to go to Mass. They went to Mass at 5 p.m. that evening.

Brian felt awkward going into the Catholic church. No one said hello or greeted him or Suzanne. They sat down and at one point during the readings Brian felt a real peace come over him. He felt like he was at home. During the consecration he began to feel very sad and started to cry. He now realized what he and Suzanne had left, that they had walked away from: Jesus in the Holy Sacrament of the Eucharist.

Knowing the rubrics of the church Suzanne knew the couple could not receive Holy Communion until they had annulled their previous marriages. This was very painful work to go back into their past and recall why they had married previously and the problems that ensued during those marriages. Despite the painful journey, the end result was a tremendous feeling of peace and a new beginning for their marriage.

Typically the annulment process can take a long time, even years in some cases. But within six months Brian and Suzanne received annulments from their previous marriages. During this waiting period Brian felt sorrow in his heart during Communion every Sunday. The sorrow was from walking away from something that he now realized was very precious and the source of his faith, the Precious Body and Blood of our Lord and Savior Jesus Christ. It was something Suzanne and Brian had been chasing in the protestant faith. But they didn’t realize that it had been there the whole time in the Catholic church. They had walked away from it.

To sit and watch the faithful receive communion brought a desire that Brian had never realized before in his Catholic faith. Many tears were shed thinking what our Lord did for us on the Cross at Calvary. Brian could see Jesus hanging there before him and he wanted to partake in His Holy banquet. But he was not able because he had walked away from Him. He denied Him! Although this brought pain there was also such peace knowing that he was home.

Suzanne’s annulments came before Brian’s but she waited for Brian to receive his annulments before receiving the Holy Eucharist. Suzanne felt it important to wait. They asked their pastor how they could receive Communion. Suzanne thought that living celibate lives would allow them to receive communion. Their pastor confirmed this and they were instructed to receive the sacrament of reconciliation and begin to live celibate lives. They would then be able to receive Communion. And this is what they did.

Suzanne and Brian had a strong devotion to Our Lady of Guadalupe. They had been to Tepeyac and to the Basilica in Mexico City. After making the decision to live the celibate life they received their First Holy Communion together on the day Juan Diego was canonized. From that glorious day the annulments came within a few days.

It is like the Lord says: It takes a leap of faith step out but He is there to catch you.

Brian and Suzanne’s decision to forsake temporal gratification for a greater purpose was rewarded with such magnificence. What is more important than the ability to receive the Body and Blood of our Lord Jesus Christ? Brian and Suzanne will tell you that, based on their past experiences, NOTHING IS MORE IMPORTANT!!!!