Editor's Note: In this "Story with a Purpose", St. Patrick parishioner Louis J. Muro shares a memorable experience he had during a trip to Montgomery, Alabama to watch his granddaughter Abby cheerlead at a basketball game. He thought it would be a normal day until God showed him something that turned it into a day that he would never forget. We hope you enjoy this "Story with a Purpose".

There are days when you wake up expecting a normal day and then God shows you something extraordinary.

Those are the days in your life that are memorable and meaningful.

One such day happened to me recently when my wife Brenda and I got up early on a Saturday morning to drive two hours to Montgomery, Alabama to see Abby, our five-year-old granddaughter, cheerlead at a basketball game. Abby attends St. Bede Catholic kindergarten and she cheers as part of the St. Bede boys and girls basketball program.

We arrived at the St. Bede campus shortly before game time at 9 a.m. As the father of a daughter who was a cheerleader, I was completely aware of the role of a cheerleader parent, only this time it was as a grandparent. You are there to watch the cheerleaders. The accompanying sporting event is secondary to your purpose.

I was only casually watching the basketball game when something unusual happened that clearly got my attention. I saw a young boy enter the game. His legs were disfigured and one was completely captured in a brace. His feet were pointing awkwardly, each in the wrong direction, and he could barely walk. He "wobbled" onto the court and stood in the middle of the lane on the defensive end of the court. It was a heartbreaking sight. Immediately I heard the following comments from two ladies sitting behind me. "That breaks my heart," one said. "God bless his heart," the other added. 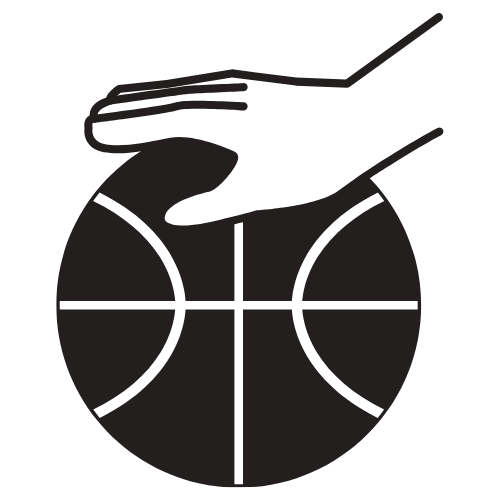 "The Sovereign Lord is my strength!
He makes me as surefooted as a deer,
able to tread upon the heights."

My own reaction was typical of anyone. I felt so sorry for him. At the same time I feared for his safety. He looked so fragile and those boys and girls running up and down the court could easily slam into him, I thought.

Unable to run and barely able to stand, the young man stayed on the defensive end of the court while his teammates played 4 against 5 on the offensive end. After two or three trips up and down the court, the opposing team threw up a shot, missed, and the young boy grabbed the rebound. He held the ball high, looked around, and then passed the ball crisply to a teammate.

My eyes were transfixed on this young kid and I realized that I was grinning from ear to ear. "Hey," I imagined him saying. "I might not be able to run but I can get a rebound and I can pass the ball. I can be a teammate. I can play basketball. I can. I can."

For the last few minutes of the game, I watched him intently. He interacted with the other kids in a normal fashion. I could tell they didn't see his physical disability. He was just one of their teammates, one of their schoolmates, a friend.

Leaving the gym that day I realized that I would probably never meet that kid or probably ever see him again. But he gave me a memory that will last the rest of my life.

I think about the courage it must have taken for him just to play on that basketball team. Would I have that kind of courage? Would any of us?

Vince Lombardi was a devout Catholic who was one of the greatest football coaches who ever lived. He drew inspiration from the Bible and often read passages to his team from St. Paul's Epistles. It was Lombardi who once said, "The measure of who we are is what we do with what we have." I know of one young man who is doing everything he can, and more, with what he has.

It was a great day for me. I was able to watch my precious, loving granddaughter do her cheers and perform in front of the crowd and her grandparents. I got to spend a morning in the confines of a great faith community with young parents all around watching their boys and girls play basketball and do their cheers.

But sometimes God in his goodness gives us even more. A day that started in a normal fashion was transformed for me by the courage and fortitude of one young boy. God showed me something great, something that I will never forget.