A Christmas Gift from Trent

Editor's Note: In this story, author Ronnie Muro learns a lesson about unselfishness and the true meaning of giving, a lesson he learns from a young boy named Trent.

For the past twenty years or so, our Church has hosted residents from a local shelter for a Christmas dinner and party. The shelter, formerly known as the Bread and Roses House, is designed to give temporary homes to women and children in need. Our annual party for them at our church consists of a huge covered dish supper followed by the giving of Christmas gifts to the mothers and their children.

I’ve been volunteering as a driver for most of those years. Our job is to go to the shelter, pick up a family, and bring them to St. Patrick Church for the party.  Along the way, I try to get to know the families and at dinner I usually sit with them to help out or to get to know them better.  This evening is always one of the most rewarding experiences I have during the year.  Part of it is getting to know these people as people and not just as stereotypes.  Some of our parishioners come to the dinner and pretty much observe and don’t mingle.  By talking to the mothers and kids I am always surprised what I learn.  Basically, they are no different than you and me. For some reason, we have just been blessed with more in the way or worldly things, but not necessarily spiritually.

It is a wonderful sight to see people so thankful and so grateful for so little.  These days, there is so much emphasis on gifts, especially what we get, not what we give.  Seeing true appreciation for even the smallest gift is truly a moving experience. 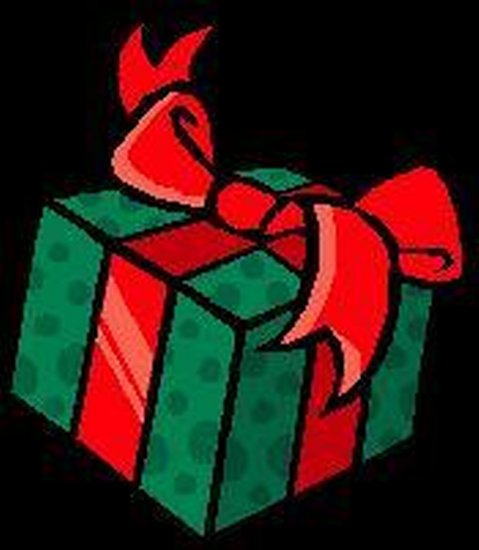 One year in particular stands out, thanks to a young boy named Trent.  I sat next to Trent and his mother during the meal and was really enjoying talking to him.  He was about five or six years old and was a polite and funny child.  We kidded back and forth and he seemed fascinated by the pen I had in my pocket. He kept taking it out of my pocket and drawing pictures for me.

We continued having a good time until the big moment arrived.  Yes, Santa had made it to our party and he had gifts for everyone.  I had it on good authority that Trent would be getting a couple of gifts. You see Santa enlisted the help of the entire parish so that he would have enough gifts for everyone.  As he started calling out names on the gifts, I could see Trent’s eyes light up with anticipation.

Finally, his name and his mother’s were called and they went up to see Santa.  He came back beaming with two gifts. Often the mothers will not let their children open the presents, preferring to hold them until Christmas.  For some, I am sure; this may be all they will get.  Others tear into the gifts joyfully.  It always seems to me the mothers, though appreciative of the small gift Santa had for them, are much happier to see the excitement that their children experience when they get their gifts.

Trent’s mom told him it was ok to open the gifts, so he opened the first one.  He broke out in a big smile as he opened the package. I don’t remember what it was, but it doesn’t matter. He was so excited.

I pointed to the second gift and said, “Hey, this is for Trent. My name is Trent. Maybe this is for me!”  I laughed as I said it.  Then Trent said something that I will never forget.

He looked at me with that beautiful smile and said, “You can have it. I already got one.”

“I already got one.”

Oh my gosh, I almost burst out in tears. Here was this kid with so little and he was willing to give me one of his two gifts.  After all, he already had one.  I really felt bad, but also good all at the same time.

I convinced Trent it really was for him and he opened it and of course, loved whatever it was.  What a lesson for me.  I get many more than two gifts and I really like keeping all of them. Imagine giving away one of only two gifts you received.  Perhaps that is why some who have so little seem to be more generous than those who have much more.  Their needs (and their greed) may not be as great as those who have more.

A few days later I visited the shelter and brought Trent a little Christmas present.  I gave him his very own pen, like mine, and wrapped a twenty-dollar bill around it. Knowing Trent, I imagine he used the money to buy something for his mom!

All my life Christmas had been about toys and gifts and how many and how big and how expensive.  In this simple moment, from a simple child, I learned about unselfishness, about appreciation, about humility.  I guess I learned a lot about the true meaning of Christmas.  Thanks, Trent.