On July 10, 1995, three Knights of Columbus Councils came together to form Bishop Joseph A. Durick Assembly 2399 at St. Patrick. The Councils were 10567 in Adamsville, 10354 in Gardendale and 8551 in Jasper. During the years since, our Assembly has been faithful servants at Honor Guards and special ceremonies at St. Patrick Church. 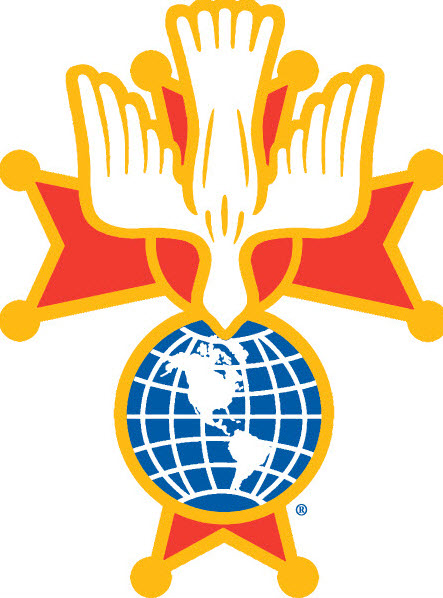 The triad emblem of the Fourth Degree features the Dove, the Cross, and the Globe. Spiritually, the sacred symbols on the emblem typify the Union of the Three Divine Persons in one God, the Blessed Trinity.

The Globe -- God the Father, Creator of the Universe
The Cross - God the Son, Redeemer of Mankind
The Dove – God the Holy Spirit, Sanctifier of Humanity

The Dove is a classic symbol of the Holy Spirit and of Peace. It is shown hovering over the orb of the Globe. Both are mounted on a variation of the Crusader’s Cross, that which was found on the tunics and capes of the Crusading Knights who battled to regain the Holy Land from the pagans.

The colors of the symbols also represent patriotism. The emblem shows a blue Globe with the lands of the Western Hemisphere in white; a red Cross with gold borders, and gold knobs at the end of the points forming the ends of the arms of the Cross (also known as the Isabella Cross). The Dove is white. The colors red, white and blue are the colors of the flag of the country in which our Order originated and are used to stress the basic principle of the Fourth Degree…Patriotism.

Starting at the Supreme level there is the Supreme Master and the Supreme Board of Directors. The next level of the structure is broken into provinces of which there are 21. Each province is lead by a Vice-Supreme Master. There are currently 15 provinces in the United States, 4 in Canada, 1 in Mexico and 1 in the Philippines.

Each province is broken up into districts. Most districts are either an entire State or a section of a larger State. A Master is in charge of a District  and is responsible for overseeing the Installation of Fourth Degree Assembly Officers, The Renewal of Obligations in January, and holding at least one Fourth Degree Exemplification each year. Also, a Master usually has a District Marshal to assist him.

Assemblies are similar to the Council, and many are named after patriots, war heroes, etc. The Chair Officers are: the presiding officer called a Navigator, then a Captain, the Pilot, which is the Warden on a Council level, and the Admiral, a Past Faithful Navigator.

Color Corps/Honor Guards
Certain members of the Fourth Degree serve as honor guards at civic and religious functions, an activity which has brought worldwide recognition to the Knights of Columbus organization. 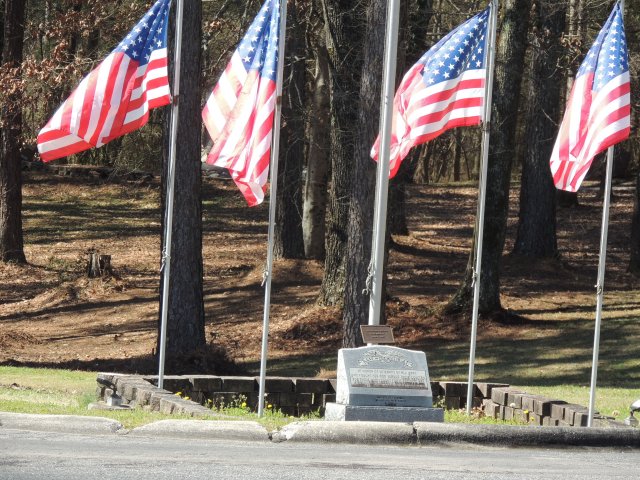 There are no amount of words or statues or monuments that can sufficiently honor men and women who gave their lives for others. These are men and women whose lives were taken from them, who sacrificed themselves for a greater cause.

While there is no sufficient way to honor such heroes, we at Bishop Joseph A. Durick Assembly 2399 believe that these great Americans should be acknowledged for the ages. Long after we are all gone, future generations need to be reminded that all was not always pleasant in these United States and that people served and died for their fellow countrymen and for freedom.

It was in this spirit of patriotism that we began a project to honor the great veterans of all wars. We are very proud of the memorial we have erected, not because of the cement and shrubbery, but because it truly reflects our intent and the value we place on patriotism.

In three historical novels on the american Revolution, the author Howard Fast fully describes the horrors of war and beautifully captures the greatness of the American soldier and war hero. In Fast's The Proud and the Free, an old soldier remembers his comrades that served with him in the Pennsylvania Line during the American Revolution. He says the following:

"May they sleep well, do I say myself. They reached up for the stars and they made a crude key to unlock the gates of heaven. This, other men will do, and the key will become a better one: so I will not weep for them or have you weep, but only give them their due."

Like the old soldier in Fast's novel, we do not weep for these soldiers nor do we ask others to weep. We only pause to remember, and give them their due. We hope that this memorial will allow future generations to do the same.

About the Fourth Degree

Fourth Degree Knights wear uniforms and participate in Honor Guards and special ceremonies. They serve at wakes and funerals as a way to pay great respect and honor to deceased brother Knights.

The Fourth Degree was initially started at a National Council meeting in 1899, when it was determined that an additional ceremonial degree was needed that would represent patriotism.  The initial Exemplification, as the degree is called, was held on February 22, 1900.  Originally scheduled to be held in the Astor Hotel, the Exemplification was moved to Lenox Lyceum, a temporary wooden structure, when the proposed class grew to more than 1,100 candidates. Members were originally part of local councils. But in 1910 a restructuring of the order separated the two and called the groups Assemblies.